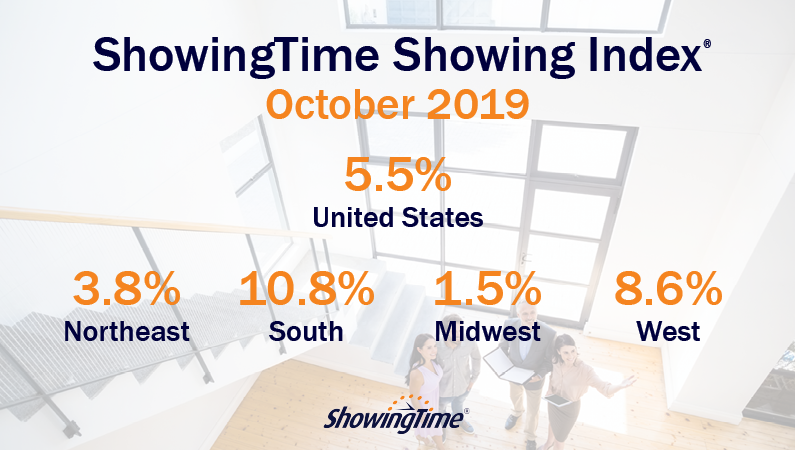 November 22, 2019 – October home showing traffic was more active once again compared to 2018, as the nation saw its third straight month of higher year-over-year showing activity, according to the latest ShowingTime Showing Index report.

“We are seeing expected seasonal slowdowns in October, although this fall continues to be more active than last year in terms of showing traffic,” said ShowingTime Chief Analytics Officer Daniil Cherkasskiy. “The increase in showing activity in both the South and West regions is noteworthy given that both had previously reported nearly year-long drops in traffic prior to August.”

The ShowingTime Showing Index, the first of its kind in the residential real estate industry, is compiled using data from property showings scheduled across the country on listings using ShowingTime products and services, providing a benchmark to track buyer demand. ShowingTime facilitates more than four million showings each month.

Released monthly, the Showing Index tracks the average number of appointments received on active listings during the month. Local MLS indices are also available for select markets and are distributed to MLS and association leadership. 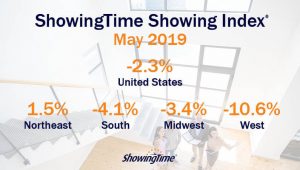 May 2019 Showing Index Results: The Northeast Sees a Boost; U.S. Traffic Still Down 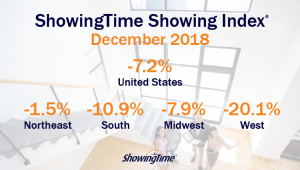 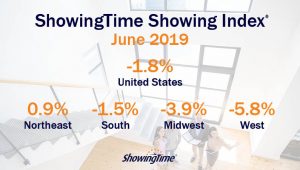